Poland: What to Do in Warsaw in a Weekend 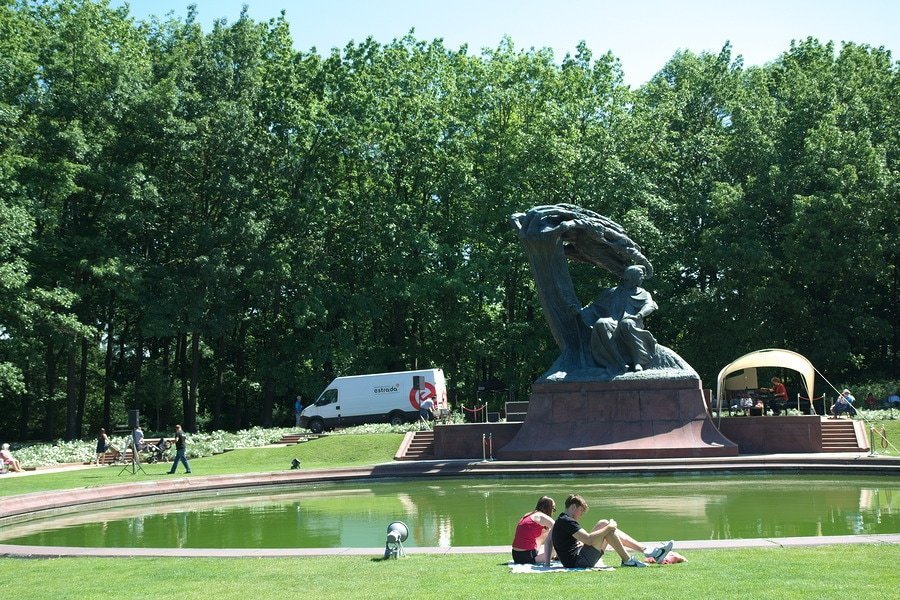 Do you want to know what to do in Warsaw? Well, I went to Warsaw last weekend for a short city break so let me give you some tips.

There are many reasons to visit Poland, but not many people give the capital Warsaw a chance. I also didn’t expect much from the Polish capital.

Tourists to Poland much prefer Krakow (check out my guide to visiting Auschwitz and my vegan Krakow guide) or even Gdansk. The last time I had been to Poland was more than 20 years ago where we also got to see Gdansk which I remember as a very beautiful, quite Nordic-looking city.

I felt similar in Warsaw where some of the older architecture reminded me of northern Germany and Scandinavia. Since everything is also in good condition and very clean, it feels a lot less like the stereotypical Eastern European city. I tried to use my time wisely and ended up sacrificing museum visits due to the stunning weather. In this post, I’ll share some of my thoughts on what to do in Warsaw and pictures.

So if you’re heading to the Polish capital for a weekend and not sure what to do in Warsaw keep on reading. Because contrary to popular belief, there’s a lot to see and do in Poland’s capital. And even though it didn’t make my list of the best destinations for female solo travelers in Europe I enjoyed my time!

To be honest, I think I would have preferred to have more than a weekend in Warsaw. But if that’s all you have you should make the most of it.

Warsaw is the capital of Poland, and its Old Town is a UNESCO World Heritage site. But this is not your average old town in any European city. Germany actually completely destroyed Warsaw’s Old Town in the Second World War. But the city’s residents did not simply accept defeat. They rebuilt the entire Old Town which, as a result, isn’t all that old, but certainly very impressive.

I also fell in love with the city’s appreciation for one of its most famous residents, Frédéric Chopin. The gorgeous Łazienki Park houses a Chopin Monument, and in the summer, you can attend free piano concerts of the composer’s work. Who would have thought Warsaw would be so romantic (Romanticism, you know)?

If you venture away from the big avenues you will feel like you have arrived in the Communist 1950s with gray buildings. Since everything is in decent condition, these streets don’t feel like sad leftovers of difficult times, but, rather, like an open-air museum of a significant part of European history. I could feel the isolation from Western Europe in the air. It’s not a feeling that many other cities can convey.

Most of the sights are located in the central Śródmieście district. It’s a fairly small district and easily walkable which helped me see as much as possible during my weekend in Warsaw. Here, you find both the Old and New Town, elegant avenues, palaces, and parks.

Warsaw is a very young city, and many younger people speak English without any difficulties. It’s also a very cheap city. So cheap, in fact, that people at stores don’t want to take 100zl bills which is less than €25. This makes the city perfect for a short trip as you will be paying very little aside from the flight and accommodation. While I didn’t have the time to see any of the museums I was curious about, I still feel like I got a wonderful overview of one of the most underrated cities in Europe. If you didn’t know what to do in Warsaw I hope this post gave you some ideas.

Have you ever been to Warsaw? What did you think of the city? And would you like to explore more of Poland?