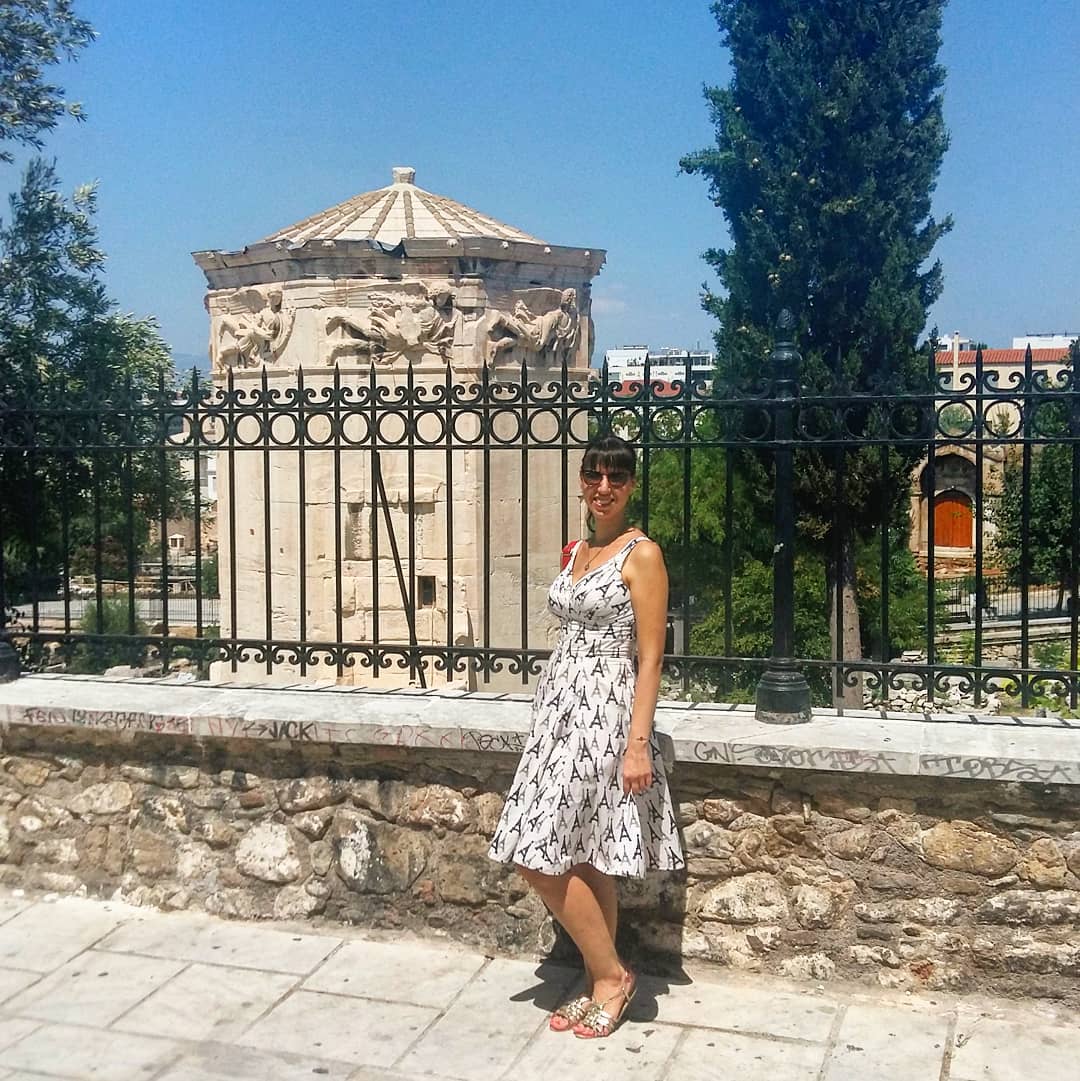 But what is Athens like? Unsurprisingly, Athens has its good and bad sides, like any other place on earth. It’s true that you feel the omnipresence of the crisis in the atmosphere. Homelessness, unemployment, and open drug use are only some of the symptoms.

Every foreigner is aware of the fact that the nationalist far-right party Golden Dawn has a large following. This leaves us with a bitter taste. However, these problems are not exclusive to Athens or Greece.

Athens is mainly a city of contrasts. You can find extreme beauty as well as real ugliness. The modern and the ancient. The sea and the mountains. The city and small oases of nature. Noise and silence.

The Effects of the Crisis

The crisis means higher taxes and lower wages. Prices for everything are quite high in comparison with the average salary. This leads to regular strikes and protests that have an effect on working people’s commute. Trolleys often have to stop in the middle of their journey because of demonstrations; strikes affect buses regularly, and, of course, this increases traffic as even more people feel the need to commute by car.

The streets are in horrible condition. The sidewalks look like a practical joke. They are way too narrow, in really bad shape, and people use them as parking spots.

Likewise, there is no money and/or willingness to sterilize animals, and the population of strays appears to be growing. However, Athenians feed these stray animals rather than chasing them off as is the case in many other countries. As I said: contrasts.

Here’s the side that tourists are used to. I’ve always loved places that are close to water, like big rivers or the sea. Athens is very close to the Mediterranean sea. So you can spend time on the beach if you drive for a while. You can even visit one of the nearby islands. It only takes about an hour by ferry to get to some of them. The sea has a special atmosphere and wonderful air which I’ve always appreciated. It gives me a sense of freedom with its openness all the way until the horizon.

You may have an image of Ancient Athens in your mind, but what does Athens look like today? I have to say that the majority of Athens is really ugly, and the architecture is absolutely tasteless. That’s why it’s wonderful to walk through the charming streets of neighborhoods like Plaka with its beautiful architecture. In the rest of the city, you will see neoclassical buildings that are deteriorating. It’s a shame because there are some truly stunning buildings that could improve the overall look of the city immensely. Someone would simply have to renovate them. Instead, we have to live with tacky buildings from the 1950s.

Unfortunately, there is very little green here in the form of parks. Even a few trees would make everything look friendlier.

And playgrounds and schools will shock anyone from Western countries. They look like a hybrid between hospitals and prisons from the 1970s. There is very little color and lots of metal – not child-friendly whatsoever. It’s a truly depressing sight for those of us from other countries.

The lifestyle in Athens focuses on the little joys in life rather than work. A lot of life happens outdoors. What always bothered me about life in Germany was that the weather forces you to stay indoors a lot. In Athens, you can spend time outside all year around. But you can easily do things indoors as well, such as exploring one of the many museums or exhibitions. Athens doesn’t have as many cultural events to offer as German cities, especially given its size. But there is enough happening to avoid boredom. As with everything else, it really depends on personal preference.

A Rather Boring Nightlife

When I hear people rave about the nightlife in big cities it always puzzles me. Having lived in Hamburg for many years, I can’t get excited about the nightlife in any other city. I don’t even mean the famous red-light district. It’s simply the fact that for every taste there is at least one event every weekend. There are various live shows of any genre every year. And the parties don’t stop until breakfast time.

No matter which city’s nightlife people recommend, it always disappoints me. The same is true for the nightlife in Athens. I have not heard of even a handful of international rappers performing live while I lived here. In Hamburg or Montreal, there were hip hop shows at least every few weeks. And I would randomly walk past places that were playing high-quality hip hop.

Likewise, there is a lack of diversity in the Athenian food scene. There is a severe shortage of international options. Greeks love their own food and are not adventurous with trying out other cuisines. There are sushi places, a handful of Indian, Chinese, and Mexican restaurants, and one authentic Italian restaurant in Glyfada. I have yet to find a good Vietnamese place.

By contrast, in Hamburg, international food is pretty much the norm. Hamburg has entire streets dedicated to Portuguese and Spanish cuisine. It has Pakistani restaurant chains and several decent Chinese places. I’ve also been to Caribbean, Korean, Lebanese, Egyptian, Afghan, Persian, Ethiopian, and Mongolian restaurants. There is a reason Hamburg’s nickname is the Gateway to the World.

This kind of openness towards different foods and cultures doesn’t exist here in Greece. To a tourist, this shouldn’t be an issue, because they are probably more curious about Greek food. But if you live here and miss the international options it can be quite frustrating. Do check out my extensive guide on vegan restaurants in Athens, Greece if you’re coming here as a vegan.

Are Foreigners Allowed to Say What Athens Is Like?

There are many negative things to say about Greece as a whole and Athens, in particular. There are people who feel that foreigners have no right to criticize another country. Interestingly, those are often the same people that will criticize Germany or the USA. And in many cases without ever having been there. Due to my mixed ethnic background, I have always known that each nationality has its pros and cons. I have always been comfortable addressing different issues. There are also things that are awful about Germany (and there are reasons I decided to leave). But that doesn’t mean that Greece is perfect.

The Light in Athens Is Different

But there’s nothing like the light in Athens, especially before sunset. On my way home from work, I see the parliament building under that somehow unreal light. The mountains surrounding the city glow in the light of the setting sun. And when you walk Ermou street from Syntagma to Monastiraki at sunset, it looks like the city is on fire. It’s a truly magnificent sight.

Where to Stay in Athens

If you want to visit Athens yourself and are not sure where to stay have a look at these hotels. Note that more and more places are only rented out as Airbnbs now so please avoid them as they have led to a housing crisis.

So that’s what life in Athens is like. Is Athens a good place to live? Well, it has its upsides and downsides, like any other place in the world. It may not be for everyone. But no place is. And if you’re really tired of Athens now you can always escape on one of these day trips.