Growing up in Germany, I have been concerned with the Jewish Holocaust since I was a child. From what I remember, the subject came up in our school curriculum every one to two years. As young people living in Germany, it was an obligation for us to learn about what the country we called home was responsible for and how these horrible crimes were made possible.
From that same age, I remember feeling more interested in this part of world history than most of my classmates, and I believe this was due to two main factors:

Organizing Your Visit to Auschwitz-Birkenau

Before I continue to talk about my experience at the two concentration camps, let me give you some suggestions on organizing your trip as I found this particularly challenging. Due to the enormous number of visitors every day (9,000 people visit the museums and memorial daily), the museum had to introduce an online registration system which means that you now have to reserve your tickets to Auschwitz I several weeks in advance. Admission to both camps is free of charge, but you do need an entry pass to Auschwitz I.  The problem is that some tour operators reserve most of these free tickets and sell them to visitors who haven’t booked their tickets in advance. We experienced the same thing and ended up having to pay for free tickets. While these tours include transportation, you could very easily use public transportation to reach the camps.

Booking a tour that includes a guide is even more expensive.
The advantage of getting a guide is obvious: You will have somebody there with you who can explain things to you. The disadvantage is that the guide will follow some schedule and may even leave out things that are of particular interest to you. If you read any of the reviews online, you will see that many people find these guided tours to be too rushed.
The same is true, however, if you book an unguided tour with an external tour operator. Unfortunately, we were given only two hours at Auschwitz I and one and a half hours at Auschwitz II-Birkenau. For us, this was not enough time. The whole visit was quite rushed, and we even missed some things.

I highly recommend you reserve your tickets without a guide significantly ahead of time for the following reasons:

I think that if you are serious about your trip to Auschwitz-Birkenau, you will benefit a lot more from a free, unguided tour so make sure you register ahead of time.

More than a million people were murdered at the concentration and extermination camps near the Polish town of Oświęcim.

Aside from the gruesome subject matter which will break your heart, another issue is how other people approach the museum. Unfortunately, not everyone treats the place with the respect it deserves. Let me remind you that the Nazis murdered more than a million people here.

Of course, seeing the gas chambers and the barracks in which women and children were left to die, is not easy to digest. Everyone deals with this differently, but taking selfies or rushing through the buildings only to have ticked Auschwitz off your list cannot be an appropriate way to handle this.

Most people will not have the time to enter every single exhibition at the camps. The museum dedicates different buildings to different nationalities (Polish victims, Belgians, Hungarian Jews, the European Sinti and Roma, etc.), and unless you spend two full days at Auschwitz-Birkenau, you probably won’t be able to see all of them and read every single description. Despite the various exhibitions, Auschwitz-Birkenau is not your typical museum. The most powerful and painful aspects of visiting the concentration camps are those buildings that were left untouched, such as the gas chambers, as well as original artifacts like shoes, glasses, and suitcases.

The museums serve as a reminder of the horrific crimes against humanity that were committed here. Unfortunately, similar things have been happening since, and it seems that our species is not willing to learn from the past. Nonetheless, those of us who want to remember the victims need to go to the original locations for a better understanding of what happened.

The Nazi persecution of Jews, Roma, homosexuals, political opponents, Jehovah’s Witnesses, Slavs, and people with mental or physical disabilities is something that should concern everyone, now more than ever, as many societies all over the world are moving dangerously close to inhumane worldviews. I believe anyone who is interested in human rights and different social and political justice issues will benefit from a visit to Auschwitz-Birkenau.

Have you been to Auschwitz-Birkenau? Do you think it’s a valuable educational experience?  What do you think about mandatory visits for school classes? 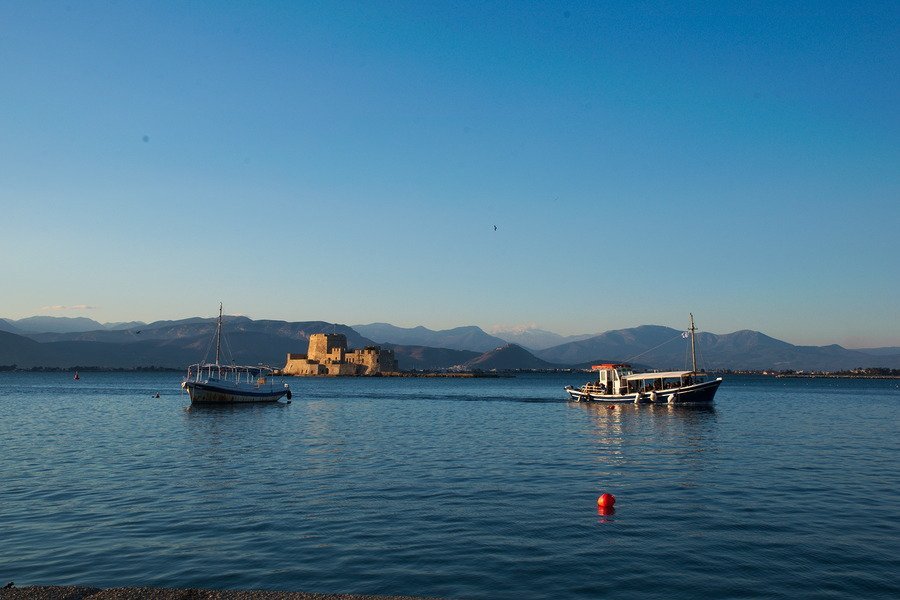 Where to Find Christmas Lights in Athens, Greece

Four Days in Bucharest: My Favorite Things to Do and See