Tweet
Share
Pin1
Share
Share
1 Shares
As usual, before flying to Rome, I checked for vegan listings on HappyCow. I got quite a few results, but the problem was that most of the vegan restaurants were a bit far from the city center. As we already didn’t live close to the center, I didn’t want to waste time during our short stay to go to an all-vegan restaurant seeing as Italian cuisine is generally quite accommodating. That’s why we ended up going to places that all had vegan options but were not strictly vegan, or even vegetarian.
Generally, just walking around the city, we saw a lot of places with signs indicating that they offered vegan options. I wasn’t all that surprised, considering that a lot of plant milks and other vegan products here in Europe are produced in Italy.
Whenever we asked for vegan options, people knew immediately what that meant and whether or not they had anything vegan on the menu. In Greece, you usually have to explain what you mean by vegan, and, even then, people are a bit overwhelmed and not quite capable of providing a clear answer on whether or not they have any vegan options.

The first place we went to after arriving in the city and leaving our stuff at our AirBnB, was a café called Kosher Bistrot. If you have read my vegan travel post about Corfu, we also first ended up in the old Jewish ghetto there. I seem to have an inclination towards old Jewish neighborhoods.
The people at Kosher Bistrot were quite knowledgeable and knew exactly which items on their menu were vegan. Both my boyfriend and I opted for pasta dishes which were decent but not quite filling. I did, however, have a vegan vanilla mousse with vegan whipped cream for dessert which was quite impressive. Vegan dessert is extremely difficult to find in Athens so I was very, very happy with this. However, since Kosher Bistrot was quite expensive, we decided not to go back again and explored other options during the rest of our stay.
Via di Santa Maria del Pianto 68/69, Rome. Open Sunday to Friday 10am to 8pm. www.facebook.com/KosherBistrot/

The second day we went to another cozy little bistrot really close by called Tiepolo. They advertised vegan options in the window so we simply went for it without checking any reviews. I had a very nice lentil soup, a fresh juice, a tomato bruschetta, and a salad. The lentil soup was quite thick, so it was very filling and perfect for a cold winter day. The staff at Tiepolo were very friendly, and the décor stood out as much different from the other places we would end up visiting.
Via Arenula 43, Rome. Open every day 12pm to 2am. www.facebook.com/Tiepolo-Bistrot-Bottiglieria-via-Arenula-1483532441976972/

For dinner that night, we went to a place called Casetta di Trastevere which had been recommended to us. A very cozy place with really decent food but awful bathrooms. I had another tomato bruschetta and the penne all’arrabbiatissima because I like spicy food. I am used to extremely spicy food, so for me, these had only a touch of spiciness to them, but I’m sure that for some people they would be quite spicy. We went back to Casetta di Trastevere again a few days later because it was quite good value for money.
​Piazza de’ Renzi 31a, Rome. www.casettaditrastevere.com/

Another place in Trastevere we tried out was called Carlo Menta. I had the marinara pizza because it was the only vegan pizza they had. It was decent, but I’m just not a fan of Roman-style pizza. Having been to Naples twice and having experienced the ultimate pizza there (before I went vegan) I have quite high standards for pizza. The super thin crust they use in Rome is just not for me. Some people, however, prefer this type of pizza so don’t hesitate to make up your own mind.
Via della Lungaretta 101, Rome. Open Monday to Thursday 12 to 11:30pm, Friday to Sunday 12pm to 12am.

One night, we simply wandered around in Trastevere and ended up in a place called Cave Canem. It was pretty cold there, and again, there were not many options for me, but the food was decent. Nothing special, though, and I would avoid going there in the winter as it was really not cozy due to the cold.
Piazza di San Calisto 11, Rome. Open Monday to Saturday 6pm to 12:30 am, Sunday 12pm to 12:30am.

On Friday we went to a small market with a vegan stall. Vegan Store has pretty much everything a vegan mini market should offer. Barbara gave us some chickpea cheese to try which was absolutely amazing. Italian cheeses are some of the best in the world, so, naturally, Italian vegans have to come up with high-quality vegan substitutes. The cheese we tried and later bought was produced in Tuscany and had a really nice and intense taste. We also tasted some vegan ham and salami and had two panini made by Barbara which we ate right away.
Barbara told us that the market used to be a slaughterhouse and that she was assaulted by some of the other store owners on various occasions, but she  continues to try and educate the locals about the injustices done to animals.

We also took some fresh banana bread with us which we ate at the Orange Garden.

​Since the cheese and salami were really delicious we decided to buy some which we simply ate with bread at home.

Barbara also gave me a list of places to check out in Rome, but we didn’t end up going. As mentioned before, all vegan places were a bit far from the center, and I was not willing spending an hour on public transport out of the few days we spent in Rome.
Barbara’s Vegan Store is highly recommended to any vegan who visits Rome.
Stall 83 at Nuovo Mercato Testaccio, Rome. Open Tuesday to Saturday 8:30am to 2:30pm. www.facebook.com/veganstore83/As the prices at Tiepolo were good we actually went back a second time, and I had another lentil soup and some guacamole and hummus with bread. The guacamole was lacking flavor, to be honest, but then why I did I feel the need to order guacamole in Italy in the first place?
Tiepolo was probably our favorite eatery in Rome, and I would recommend it strongly to other vegans traveling to Rome as they offer really good value for money.

Three times during our stay in Rome, we went to a place called Capatoast in Trastevere. They’re a chain of sandwich/toast stores that have a savory and a sweet vegan toast. The people seemed quite friendly, and the sandwiches were good. It was such an easy and relatively cheap way to get something vegan to eat. Unfortunately, when we went there on New Year’s Eve, I found two pieces of plastic in my toast. They must have been from the mayonnaise packaging. As it was already past midnight and everyone working there seemed to be quite tipsy I didn’t really see a point in complaining, but I would definitely not recommend this place because of this incident.

Too late during our stay, I found out that a bakery called Caffè Trastevere actually offers vegan croissants and other pastries. While the croissants were not amazing, I am always happy to see that more places are offering vegan options.
Viale di Trastevere 50, Rome.

Overall, I was impressed with the number of vegan options all over Rome. At the train station and airport, I was easily able to find vegan options. I even found a few listings for vegan ice cream places, but since it was winter and quite cold I didn’t really feel the need to try any of them.

What is your experience with vegan Italian food? Have you ever tried artisanal vegan cheese? Let me know in the comments below. 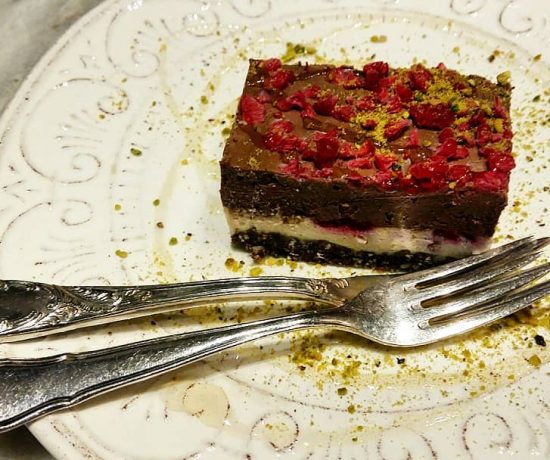 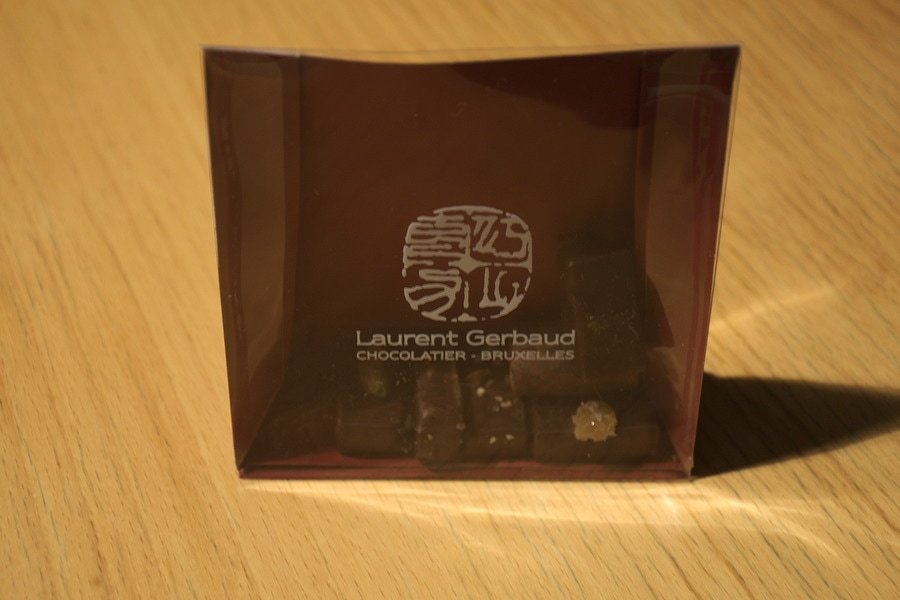