Vegan Lebanese Food – A Helpful Guide From a Lebanese Vegan 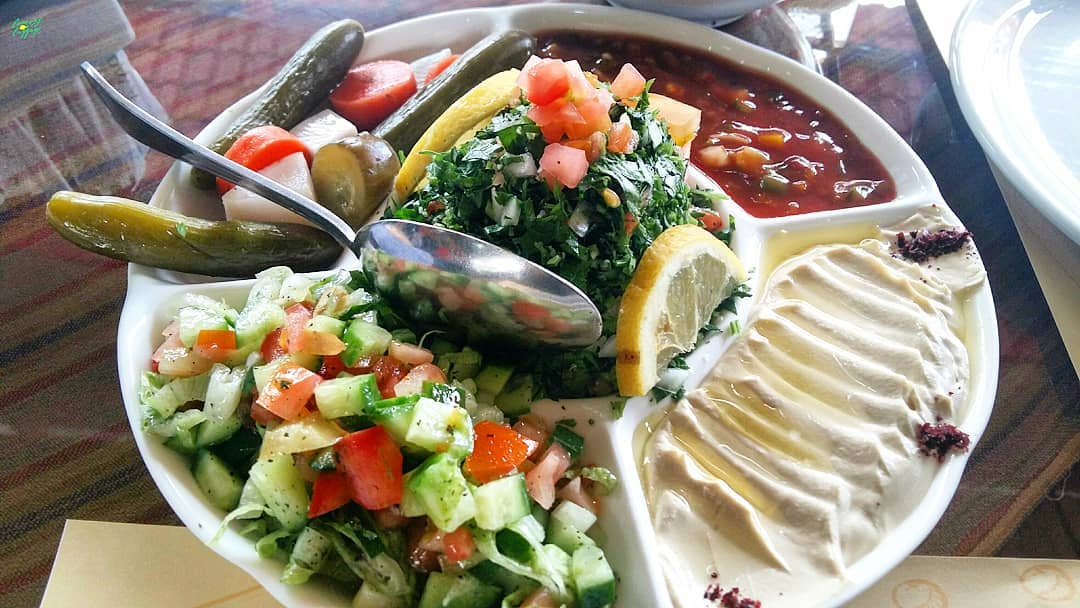 The Truth About Vegan Lebanese Food

All of us vegans in Lebanon love and enjoy traditional Lebanese vegan food. Some of the best Lebanese dishes are traditionally vegan. Hummus for example, who doesn’t love hummus? Alas, many traditional vegan dishes in Lebanon can be easily deveganized. Not everything that looks vegan or is known to be vegan, is vegan.

As we all know, veganism in Lebanon is not hard when it comes to buying groceries or finding vegan restaurants. In fact, my experience as a vegan in Ukraine was much harder than in Lebanon, especially if you live inside or near Beirut. As for other cities, you may not find a 100% authentic vegan restaurant, but you will always find the traditional vegan food and this is where you have to watch out for deveganized dishes. That being said, it does not mean that you shouldn’t be cautious in Beirut.

We all went vegan because we know that it is the right thing to do as it’s completely unnecessary to exploit animals, and this is why we should be careful with these kinds of dishes (deveganized ones). Reading the ingredients very carefully and searching for the word “milk” in supermarket products is something vegans are known for. This is the level of cautiousness that should be applied to our traditional vegan dishes.

I once ate dairy by mistake, it was in a dish called Kabse, which is not a Lebanese dish but many restaurants offer it. I was told that it does not contain any animal products and it made sense because the dish is just rice and curry. A few days later I found out that it contains butter, although it can easily steer clear of any animal products. This is the kind of situation I’m trying to help you avoid.

Of course, I will be listing all the traditional vegan Lebanese dishes for which you must double-check the ingredients, but make sure you visit Lebanese Vegans to find vegan-friendly restaurants or grocery stores.

You may be surprised by some dishes in the list below, but it will help you be more alert when it comes to ordering from a non-vegan restaurant that serves vegan-friendly traditional dishes. For example:

Baba Ghannouj is an appetizer served in all Lebanese traditional restaurants. Usually, it is roasted eggplant, olive oil, lemon juice, tahini, and seasoning. Unfortunately, many restaurants add yogurt to this dish, and they deveganize it. The problem is the yogurt may not be visible or you may not even taste it.

The classic falafel. You may be wondering how this famous vegan Lebanese street food could be deveganized? It sounds impossible. Well, it’s not the falafel itself, but the tarator sauce they put in the dish. Tarator is simply made from sesame paste, lemon juice, garlic, and parsley (optional). Many restaurants add yogurt to the tarator sauce. (Note: In Bulgaria, tarator is actually a cold yogurt soup, for which I have a vegan recipe here.)

Manakish. A thyme manakish with vegetables is one of my favorites. This delicious vegan dish can be easily deveganized with a little bit of animal-based milk inside the dough. Although it is unlikely in local bakeries, many restaurant franchises add milk to the manakish dough.

Halva or halewe in Arabic. This is a traditional dessert made from tahini (sesame paste) and sugar, baked to create a crisp texture. It is usually eaten with pistachios. This dessert may contain milk in some places. In addition, if you’re buying it from a supermarket always watch out for the brand, not all of them sell vegan-friendly halva.

And last but not least, any kind of rice, even if it looks vegan. The rice could have been cooked with meat broth, chicken broth, or butter.

But luckily there are also some dishes you can be sure are vegan! Here are the dishes that are always vegan with a few links to vegan Lebanese recipes: