How Best to Spend a Weekend in Bucharest With Your Ladies 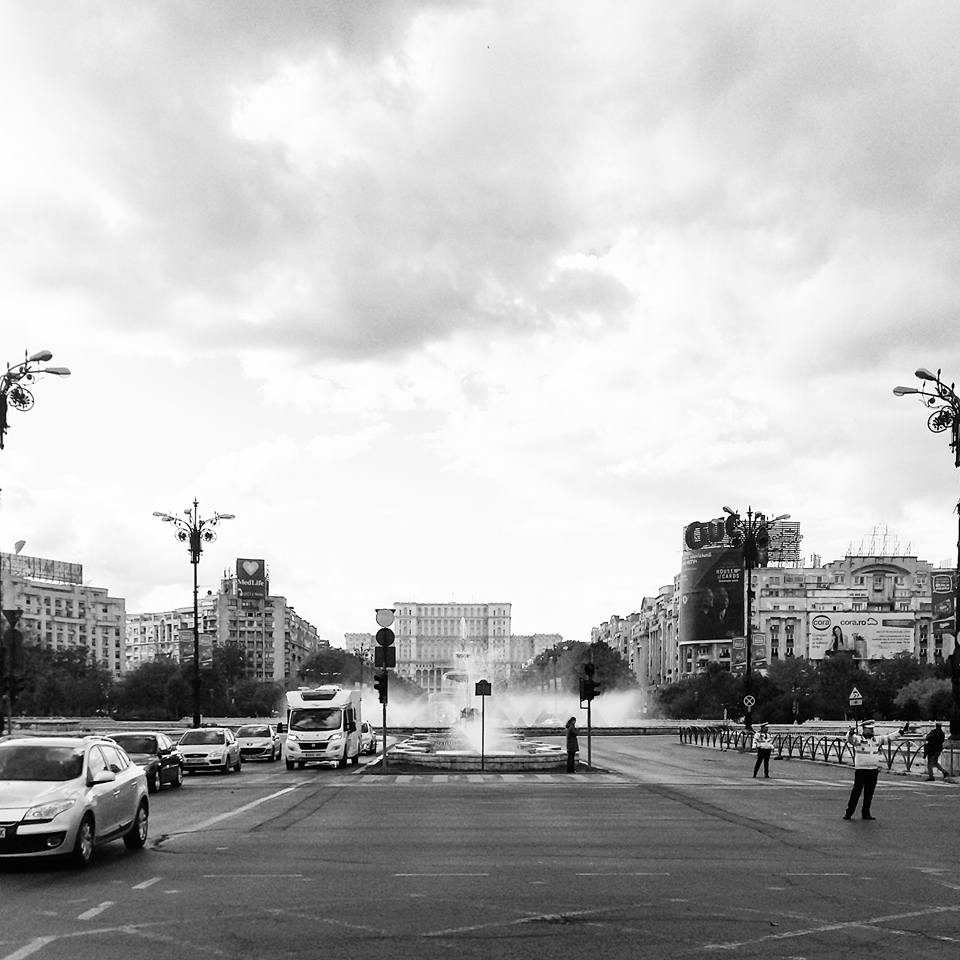 Shopping, spas, and parks, oh yes! I recently spent a long weekend in Bucharest, Romania visiting a friend and loved getting to know another European capital city.

My recent long weekend in Bucharest, Romania is a perfect example of why I love living in Europe: It’s wonderful being able to take advantage of the many possibilities to explore this diverse continent. Because here’s the thing: despite being born and raised in a centrally located country like Germany, my travels were pretty limited growing up. While short trips across the border to Denmark did happen, we didn’t have the funds to explore countries that were further away. One trip to Poland and a few trips to France followed when I was a teenager, but it wasn’t until I was an adult that I was able to explore this continent further.

Now that I live in Athens, I’ve taken advantage of my strategic location by exploring more of Eastern Europe. With flights to many Eastern European destinations being quite cheap I’ve been able to travel more in the region: Until now I’ve been to Albania, Romania, Bulgaria, Hungary, Slovakia, Lithuania, and Poland from here!

To be honest, Romania was never on my list of places to visit. The only reason I went to Bucharest this October was to visit a friend of mine. We thought about meeting up in Vienna, but that was a bit difficult to organize. And since Ryanair offers flights to Bucharest from Athens I booked a flight for a long weekend.

If you ask other Europeans what they associate with Bucharest, Romania I’m sure most of them will say corruption, sex workers, and beggars. And yes, spending a weekend in Bucharest is a is a common part of cheap stag parties for English (and other Western) tourists. Young men travel there to get drunk and “meet” local women. I don’t want to use this post to judge that kind of tourism, but I want to show why Bucharest is also a good option for a ladies’ weekend trip.

So, without any further ado, here’s why I think the Romanian capital is a great choice for a ladies’ trip, as well as my suggestions for things to do during your weekend in Bucharest, Romania. Because, as I found out, Bucharest is so much more than its single story of bars and stag parties. In this post, I’m focusing on things to do in Bucharest itself, but there are also places to go for a day trip from Bucharest. So, why visit Bucharest? Well, here are the best reasons and things to do.

Exchange News in the Café of Bucharest’s Most Beautiful Bookstore

Did you know that Bucharest has one of the most beautiful bookstores in the world? Cărturești Carusel is located in a 19th-century building in the Old Town and is quite impressive. They carry a decent collection of foreign-language books as well as household decorations and teapots. The bookstore is absolutely worth a visit for anyone who loves books. The café on the top floor is a wonderful place to simply sit and talk with friends.

Go Shopping in Bucharest’s Many Malls

I’ll admit that I’m not the biggest shopping fan. But we did explore Băneasa mall in Northern Bucharest. Malls aren’t really a thing in Greece, but Romania gets much colder so they’re infinitely more popular there. Since Romania is a lot cheaper than Western European countries you can definitely take advantage of that in the many malls in Bucharest.

Spending a ladies’ weekend in Bucharest means you will probably want to go out for drinks in the Old Town. The Old Town is the main tourist attraction in Bucharest, no matter the time of day. As someone who doesn’t drink, I preferred the area during the day, if I’m honest. But there are some really lovely bars that are not strictly geared towards tourists. Dana and I met up with our friend Cristina who took us to Bicicleta, a really cool bicycle-themed bar. Do keep in mind that the nightlife here is generally focused on stag parties, but you have to see it at least once during your time in Bucharest.

Have a Cute Brunch at Rawyal

As you know, I always have to try all the vegan places in the cities I visit. Unfortunately, that’s quite difficult in Bucharest because there are barely any vegan restaurants (check out my vegan Bucharest guide). Rawyal is a raw vegetarian brunch and dessert spot which sadly uses honey although they claim to be vegan. But Dana and I really enjoyed the food there, and the decor is super cute. As long as you watch out for honey (miere in Romanian) you should be fine.

​I absolutely love going for walks, and if you’re with a friend this is another wonderful way to catch up. Bucharest has a lot of parks which I really appreciated seeing as how Athens is not a green city. In fact, the parks are one of my absolute favorite things to see in Bucharest. Cișmigiu Park is the oldest park in downtown Bucharest and surrounds the artificial Cișmigiu lake. It’s a really pretty and well-maintained park with statues and bridges that create a lovely atmosphere. You can even rent a rowboat, but we didn’t.

Bucharest is all about parks so if the weather permits make sure to visit at least two or three of them. Dana and I absolutely enjoyed our walk through Herăstrău Park. Located in the north of the city, Herăstrău Park is Bucharest’s largest park. It’s so huge that it has an entire section housing the open-air Village Museum. If you don’t have time to explore the rest of Romania, this museum exhibits traditional houses from different Romanian regions.

Learn About Bucharest’s History Through Its Architecture

Bucharest’s architecture is a bizarre mix of beautiful historic buildings and ugly but functional structures from the Communist era. Wandering along the streets of the city is like traveling into different time periods within seconds. Nothing matches, but this is exactly what gives Bucharest its own character.

Is it even a ladies’ weekend if you don’t pamper yourself with a wellness experience? Dana and another friend took me to Therme Bucharest, one of the largest wellness centers in Europe. With indoor temperatures of 29-30°C and several pools and saunas, this is the perfect place to relax when it gets cold in Bucharest. But avoid weekends since it gets super busy – understandably so! We spent hours here and felt so amazing after our visit.

No matter the season, the parks and greenery are definitely Bucharest’s strongest features. So why not take yet another walk, this time through the Bucharest Botanical Garden? We loved the atmosphere the colorful flower displays created even in the fall.

It’s perfect actually: fall colors or lots of flowers depending on the season!

Don’t Count out a Ladies’ Weekend in Bucharest

Yes, Bucharest, Romania may have a reputation for guys’ weekends, but stag parties are not the only thing you can do there. I’ve done so many things that are perfect for a ladies’ getaway. If you find cheap flights to Bucharest go ahead and organize your weekend break!

One thing to keep in mind though is that taxis are a problem in the city. My friends told me that at night, taxi drivers charge women more than men. Because women want to get home safe and are willing to pay more for that.

Have you ever been to Bucharest, Romania?