5 Fun Things to Do on Your Layover in Athens, Greece 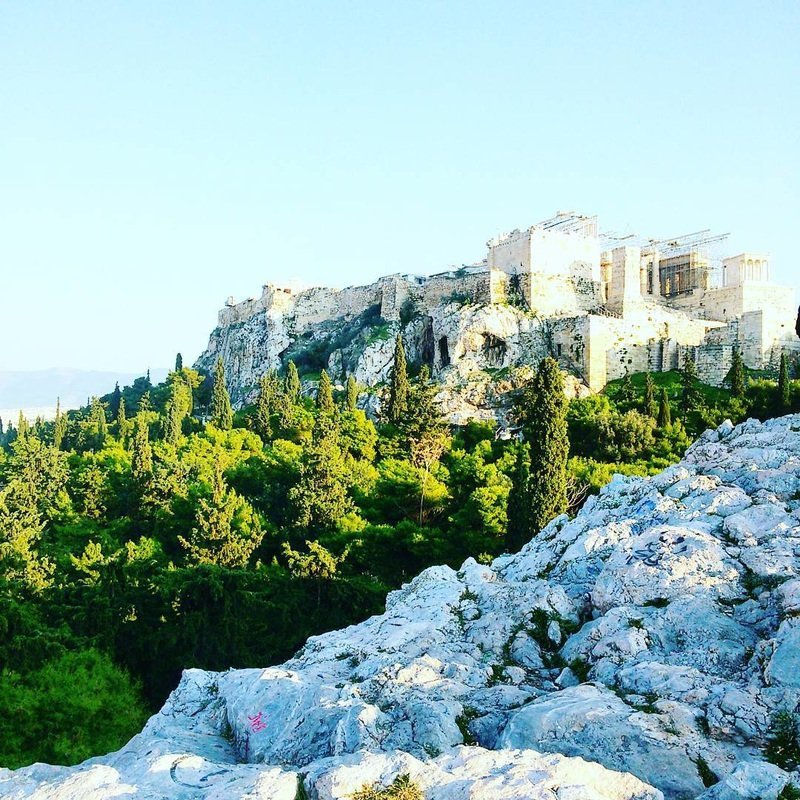 Before I share my suggestions for how to spend your layover in Athens, Greece, I want to comment briefly on the recent Greek election that seems to have changed some things in the Greek capital.

The success of the conservative ND party worries me and people I know quite a bit. I lived in the center of Athens during my first years in the city and am appalled at the brutal attacks organized by the government against refugees and migrants in my old neighborhood.

To be honest, the Greek people should know better than that. After decades of emigration and being on the receiving end of xenophobia in other countries, you would think they’d empathize with newcomers. It pains me to see that they are willing to target others with the same type of prejudice.

The new Greek government has shown a serious lack of humanity.

This is one of the reasons I am planning to leave this country after more than five years. But until then, I would like to show you some of its beauty.

That’s where this post comes in. While you all know about Athens, the average traveler to Greece really only explores the islands.

But as many international travelers actually fly into Athens, the capital, they usually spend at least a bit of time here.

So while you may spend weeks on a Greek island, it’s probably more likely that you’ll only spend a few hours or days in Athens. Since most sights of interest to the international traveler are located in the center, you can see a lot, even during an eight-hour stopover!

And for more about Athens, you can read the following posts on:

Don’t have time for that now? I absolutely get it (though for more background info you should check out the posts when you get a chance)! But until then, here are my five suggestions for things to do on your layover in Athens, Greece:

What to Do on Your Layover in Athens

The essential landmark to visit in Athens is right in the center of the city and provides impressive views all the way to the Mediterranean Sea. Make sure you go early in the morning or at the end of the day as it gets very hot, and there is no cover.

See the Theater of Dionysus

Built at the foot of the Acropolis, this was the world’s first theater!

Walk Around the Temple of Olympian Zeus

The ruins of this ancient temple are possibly my favorite sight in Athens. There used to be more than a hundred columns here, but only a few remain. One particular column has fallen during a thunderstorm a century ago and can still be seen.

Shop for Souvenirs in Plaka

In between all the cheap stuff made in factories abroad, you can find some high-quality items. The better the quality the higher the price, but who wouldn’t like to take home a nice handcrafted product made of olive wood?

Stroll Through the Center of Athens

Strolling around the Plaka neighborhood is an attraction in and of itself! Plaka has by far the prettiest architecture in Athens. In a city full of ugly concrete buildings with no sense for aesthetics, Plaka is a sight for sore eyes.

So these are my suggestions for how to spend your layover in Athens! Have you traveled to Greece, either to the islands or the mainland? Where? What was it like? And what else would you like to know about my travel experience in this country?