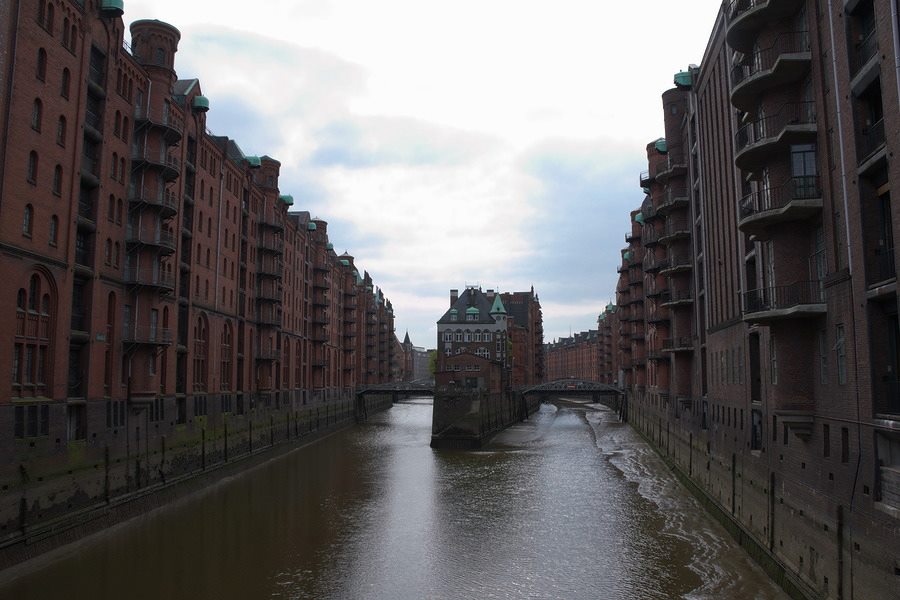 We just got back from a week-long trip to Hamburg. I already mentioned the Hamburg Speicherstadt in my top free things to do in Hamburg. But I want to use this post to give you more info about it. The Speicherstadt (literally: “warehouse city”) has been a UNESCO World Heritage site since July 2015. And it’s certainly one of the most beautiful and impressive sights in Hamburg. So let me give you an overview of its history and some of the things you can do there.

If you want to know more about the city check out my Hamburg neighborhood guide and my vegan guide to Hamburg.

History of the Hamburg Speicherstadt

The Speicherstadt is the largest continuous warehouse complex in the world. It consists of several multi-story, neo-Gothic, red-brick buildings located between the canals that lead directly to the port.

Hamburg joined the German Empire in 1871. But it would take another 17 years for the city to become part of the customs territory. To facilitate the transportation of goods, such as tea and spices to and from Hamburg, the city decided to build a warehouse complex. This would make it possible to store these goods somewhere central with access to the port. Not long after that, Hamburg got its free port. This now meant that it was not necessary to pay customs for transporting goods.

But more than 20,000 people, mainly poor workers, already lived in the area. So the city had to relocate them and tear down more than 1,000 residential buildings.

Construction began in 1883 and lasted until 1927. All buildings stand on oak logs.
The bombings during World War II destroyed half of the buildings in the Speicherstadt. But the city rebuilt them, and Hamburg’s Speicherstadt, as we know it today, has been around since 1967.

What to Do in Hamburg’s Speicherstadt?

You will enjoy the Speicherstadt most by taking a walk through the streets and over several bridges. There are several museums that teach you about the history of the area, such as a spice museum and a customs museum. However, there are also other attractions such as the Miniatur Wunderland which is the largest model railway in the world. Or maybe you’d prefer the Hamburg Dungeon, a set of live shows covering the history of the city.

For more technically inclined people there is a car museum. And if you are interested in the lives of blind people you should go to “Dialogue in the Dark.” This is where blind people guide you through an exhibition that simulates everyday situations.

For another perspective of the Speicherstadt, you can go on a boat trip through Hamburg’s waterways. There are tours that take you through the canals of the Speicherstadt. It’s a great idea to explore this district by foot and boat alike for more insight on it.

You should also make it a point to see the Speicherstadt by night when illuminations create a fairytale-like atmosphere. The Spiecherstadt looks even more stunning by night than during the day.

The Speicherstadt is in the center of Hamburg, and you can be reach it by public transport. (U1: Messberg, U3: Baumwall, U4: Ueberseequartier, buses 6 or 111).

Have you been to the Speicherstadt? What’s your favorite sight in Hamburg?