Make Your Eid al-Adha Vegan: The Most Important Reasons 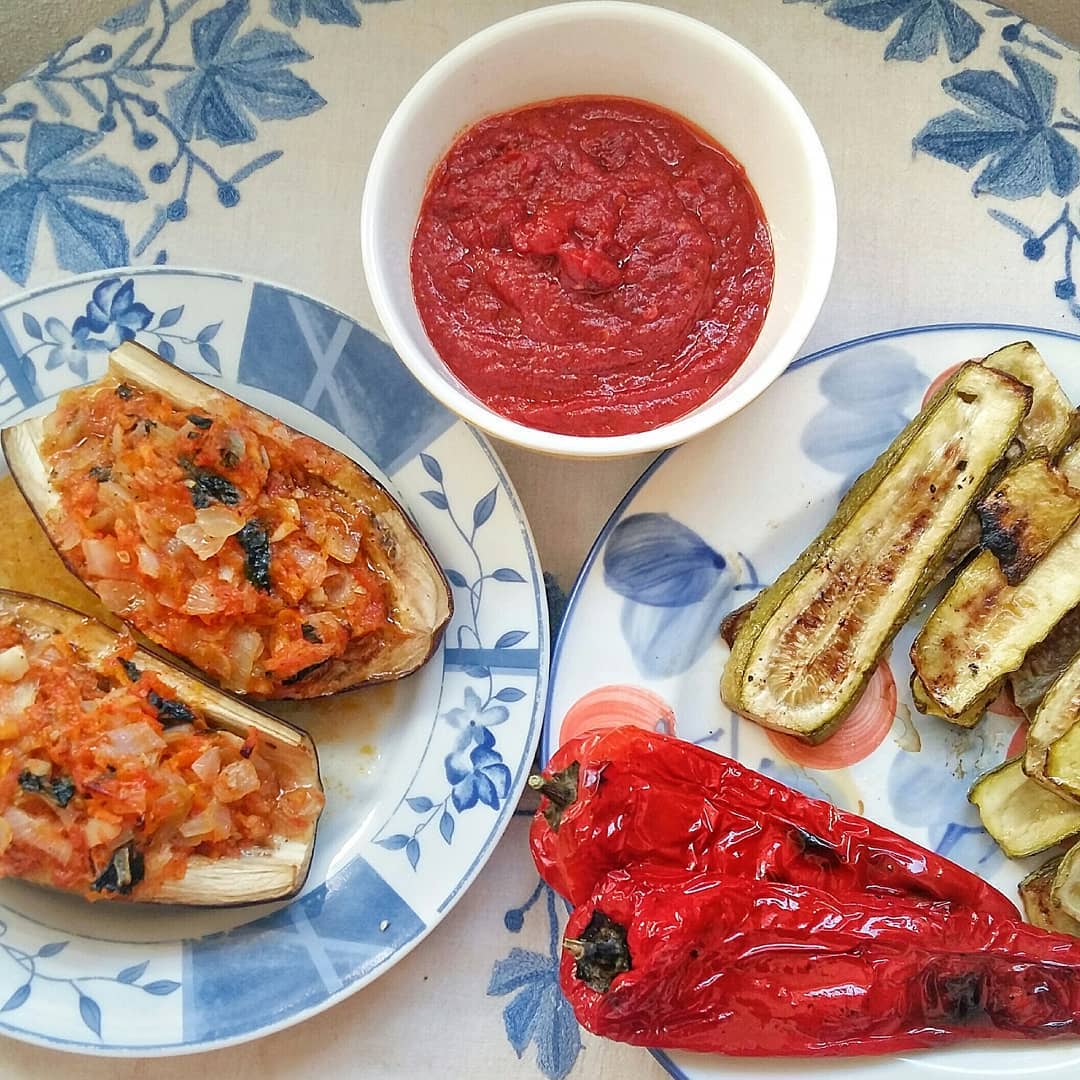 Every year vegan Muslims have to justify themselves again when Eid al-Adha/Kurban Bayramı (the Islamic festival of sacrifice) comes around. Sacrificing an animal has become one of the main aspects of the biggest Islamic holiday, and less educated people even go as far as calling us non-Muslims for not participating in it. But there are ways to make your Eid al-Adha vegan.

Is the Sacrifice of an Animal Obligatory?

Is the slaughter of an animal really necessary to celebrate the holiday or to perform the pilgrimage, Hajj, after which the holiday follows? In vegan Muslim groups, I see these same questions every year because the level of Islamic education is not very high among the average believers.

Because I have studied Islamic Studies I have always tried to look beyond the traditions and looked at original sources and what they say. I’m not saying traditions are wrong in and of themselves. But we need to be careful when we try to pass them off as being religious laws.

When it comes to the Islamic pilgrimage which is one of the five pillars of Islam and which every Muslim who is able should attempt at least once in their lives it’s quite understandable that most people don’t know a lot. Because it is something that many people only do later in life. And until then they don’t look into the specifics of it. And though we all know someone who has been on Hajj we don’t really talk about the details.

This year, Hajj is canceled for people who don’t currently reside in Saudi-Arabia due to COVID-19. (There’s also an entire Muslim movement that has been advocating for a boycott of the Hajj because of Saudi-Arabia’s enormous human rights abuses and the way in which they capitalize on Islam’s most important religious sites. The fact alone that as an unmarried woman, I would need to get the written permission of my brother who is six years younger than me before Saudi-Arabia will let me go on Hajj is insulting. But I digress.)

The Three Types of Hajj

The thing that many people don’t know is that as ritualized as the Islamic pilgrimage is there are actually three different types (there is, of course, also the voluntary pilgrimage ‘Umrah).

These are called Hajj at-Tamatu’, Hajj al-Ifraad, and Hajj al-Qiraan. The first one is the one that people who live more than 77km from Mecca go on, the other two can be performed by people who reside closer to Mecca.

I won’t bore you with the details of the rituals, but suffice it to say that Hajj al-Ifraad does not require the sacrifice of an animal. Since that type of Hajj is only for people who live in the vicinity of Mecca that doesn’t really do much for a vegan person who wants to go on Hajj. But it’s still very important to note that not all types of Hajj require the slaughter of an animal. Because it clearly means that the sacrifice of an animal is not an absolute must! If Hajj itself can be vegan maybe we can make our Eid al-Adha vegan as well.

The Qur’an on Animal Sacrifice

Let’s look at what the Qur’an says on the matter:

The sacrificial camels we have made for you as among the symbols from Allah. In them is (much) good for you: then pronounce the name of Allah over them as they line up (for sacrifice): when they are down on their sides (after slaughter), eat ye thereof, and feed such as (beg not but) live in contentment, and such as beg with due humility: thus have We made animals subject to you, that ye may be grateful.

It is not their meat nor their blood, that reaches Allah. It is your piety that reaches Him: He has thus made them subject to you, that ye may glorify Allah for His Guidance to you and proclaim the good news to all who do right.

While vegans would disagree with the statement that animals are subject to humans let’s look at the Arabic text for a second:

The verb used here (سَخَّرَ) means to exploit or subjugate so interestingly it even explains to us that our behavior of animals is exploitative. The root of the words means “to mock” which isn’t much better.

How can we understand this revelation from 1400 years ago? In the 7th century in Arabia which was mainly desert, we would indeed be thankful that we have been given certain powers that make it easy for us to subjugate animals. Because this would ensure our survival. The survival of a person is their main concern, and even Islamic rules can be bent for it. (Keep in mind that the Qur’an also allows us to eat pork if nothing else is available.)

But does that mean when the necessity is no longer there we need to exploit animals? If the reason Allah provided us with dominion over animals is our gratefulness should we still exploit them if we’re not even grateful? The ease with which many of us can now procure animal products doesn’t always create a feeling of gratefulness. So if it’s not something as rare as in 7th century Arabia does it still make us grateful enough to justify it? Wouldn’t it then make more sense to make our Eid al-Adha vegan?

And the next verse is even more clear because it states that the blood of the sacrificial animal is not the purpose of the sacrifice. The real point is our piety. And then we are reminded that the purpose of the ease with which we can subjugate animals is that we should praise Allah. Again, we were given certain capabilities that helped to ensure our survival. And we should be thankful for that.

So if the death of the animal is not the purpose of the sacrifice wouldn’t it be possible to sacrifice something else? That’s actually what a lot of Muslim vegans believe. Sacrificing anything that we are particularly grateful for is what they suggest. This is in line with the story the sacrifice refers to: Ibrahim’s willingness to sacrifice his son Ismail. Killing a son that was born so late in Hajar’s and Ibrahim’s lives, a son that Hajar had to run and find water in the desert for, would obviously be an enormous sacrifice.

But at the last minute, Ismail’s death is prevented by Allah. And then, unlike in the Jewish version of the story, there is no animal that appears to be sacrificed instead. We are only informed that a big sacrifice was made instead of killing Ismail.

Of course, for the tribes on the Arab peninsula, the sacrifice of an animal would be enormous. But does it hold the same meaning in the 21st century when most of us don’t own livestock? Wouldn’t other forms of food or income be better suited? And if I don’t usually eat meat how is killing an animal a sacrifice at all? I am not sacrificing something that I would otherwise eat or use. Doesn’t it make more sense to make my Eid al-Adha vegan?

And don’t forget that there is one form of Hajj which doesn’t require animal sacrifice at all.

But we can go more in-depth about what is mandatory and what is sunnah. Shaykh Ahmad Kutty has clearly stated that the sacrifice of an animal is merely sunnah and not an obligation. So even those who believe that we are not allowed to think for ourselves will need to acknowledge that there is indeed at least one shaykh who teaches that we do not need to sacrifice animals on Eid al-Adha.

The Environmental Aspect of Animal Agriculture

Today, animal agriculture is one of the biggest contributors to greenhouse gas emissions. There are several environmental benefits to being vegan. It doesn’t make sense from a logical point of view (and the Qur’an tells us again and again that it is a book for people who think) that destroying Allah’s creation would be acceptable or mandatory. Isn’t it more appropriate to make our Eid al-Adha vegan when we are facing an environmental crisis?

How to Make Your Eid al-Adha Vegan

So how can we make our Eid al-Adha vegan? What can we sacrifice instead of an animal? Well, the idea of the sacrifice is clearly to give up something that is of great value to us. 14 centuries ago in Arabia livestock would certainly fall into that category. Today, there are other things. Maybe you want to donate an amount of money. Maybe it’s your time. Maybe you’ll cook a fabulous vegan meal and distribute it to the poor, your neighbors, and your family.

Because another thing we need to consider is that the biggest portion of the sacrificed animal goes to people in need. Nowadays, people in Western countries sometimes donate to organizations that work abroad. But there are people in need where we live as well. The colonial images of hungry African children are meant to convince you to donate money to an organization that will provide a meat-based meal for them. But what about the homeless person in your city? Why don’t you feed them?

We Need to Be More Mindful

In general, it’s important to be mindful with our approach to life. We are not alone in this world. We have a relationship with ourselves, with other people, with the rest of creation, and with our Creator. We need to balance our actions so as to avoid harm and to do more good than bad.

So those are my thoughts on why and how you can make your Eid al-Adha vegan. I’m not pretending to be an Islamic scholar, but please remember that one of the major differences between Islam and Christianity is that in Islam we have a direct relationship with Allah and don’t need any intermediaries such as priests or popes.

Now if you’re looking for vegan recipes to make this Kurban Bayramı I have a selection of vegan eid recipes from the Balkans. It includes everything from starters, to main courses, side dishes, desserts, and even a drink.

If you want to read my thoughts on sustainability I have a whole post on sustainability from a Muslim point of view. Luckily, more and more Muslims are getting involved with environmentalism because they see that we must protect Allah’s creation. But in the process, we must acknowledge that the biggest threat to the environment is animal agriculture.

Are you trying to make your Eid al-Adha vegan this year? How is your family taking it?