Intersectionality and the Huge Privilege of White Vegan Men 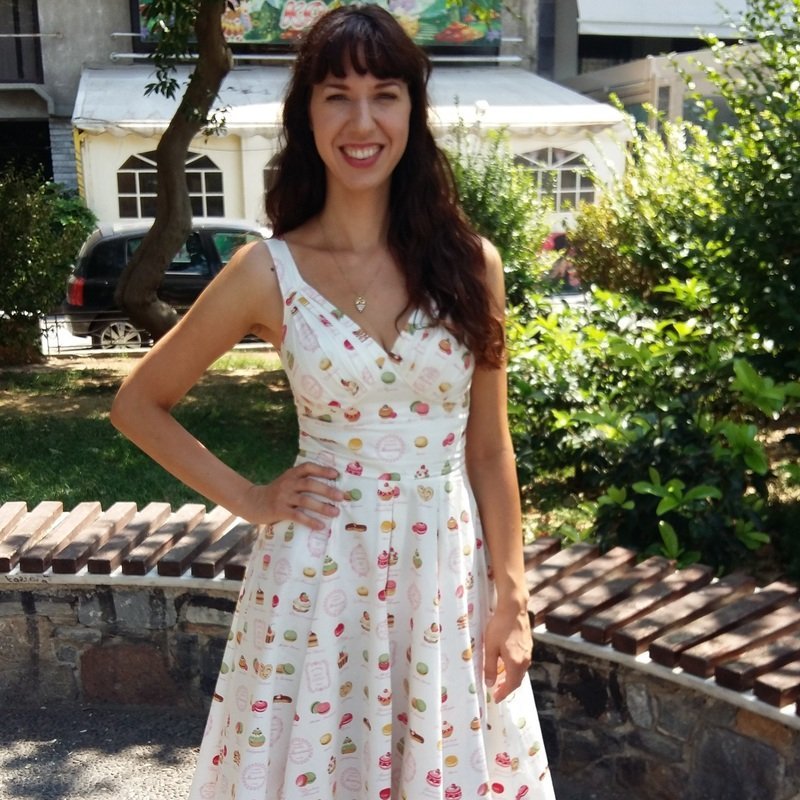 (Please also check out my post on orientalism and the lack of diversity in travel blogging. And if you think that this kind of content has no place on a travel blog, head straight to my post on why I get political on this blog.)

Civil rights advocate Kimberlé Crenshaw first introduced the term “intersectionality” to feminist theory in 1989. It was a way to describe the ways in which different forms of discrimination and oppression overlap. She pointed out that racism and sexism do not take place independently. And she explained that our different identities form one new identity. Crenshaw clarified that it’s not enough to include black women in the feminist or anti-racist discourse. She made the point that the specific forms of oppression and discrimination that Black women face need to be addressed. Black women don’t experience racism and sexism separately. Instead, they deal with specific types of oppression targeted at Black women, specifically.

Patricia Hill Collins expanded Crenshaw’s theory, but the main point remained the same: When identities overlap discrimination does as well. Oppression occurs on multiple levels which need to be thoroughly examined.

Intersectionality is particularly popular in the context of feminism because traditional feminism has excluded women of color. After the Women’s March, a lot of people voiced their concern about the lack of inclusion of trans-women.

The Problem With White Feminists

On the other end of the spectrum, white women have said that they felt left out by the march’s agenda. The largest female group in the US felt left out, why? Because things were not going to be only about them any longer. They conveniently forgot their own complicity in the oppression of non-white women. The fact that the white feminist movement did not support black suffragettes. The lack of vocality about the concerns of Black mothers who have to fear for the lives of their children. The fact that Latinas are more likely to face sexual exploitation. Muslim women who are the target of Islamophobic attacks on a regular basis.

White feminists started to feel uncomfortable when marginalized women brought up these issues. And they wanted people to stop the “infighting.”

As much as many men find it uncomfortable to acknowledge that men discriminate against women, white feminists don’t acknowledge their participation in the oppression of women of color.

What Does This Have to Do With Veganism?

All of this is relevant to veganism as we cannot fight for animal rights without acknowledging human rights. Intersectional veganism is an absolute must if we want to affect any real change.

As a progressive Muslim feminist vegan, my different identities help me to understand the importance of intersectionality. But, unfortunately, many people in the vegan community focus exclusively on animal rights. In fact, many vegans completely disregard the rights of other oppressed groups which alienates members of those groups. It’s not uncommon for vegans to compare the oppression of animals to the oppression of women, people of color, and religious minorities.

This comes from a position of privilege. A white male vegan atheist or Christian might think that animal rights are the only thing that matters. Because he has never had to experience discrimination or actual oppression.

While there are many vegan people of color, it’s a fact that people who struggle to have their own rights respected don’t always have the luxury to care about animals. White vegan elitists consider such statement anti-vegan. For them, it means you don’t support animal rights. But please consider that Black parents have to worry about people shooting their children. The amount of stress that Black people are under makes it more difficult for them to seek out information about the oppression of animals. And when animal rights advocates use the slogan “All lives matter” they show a complete lack of understanding of the Black Lives Matter movement.

Similarly, vegans like to claim that real feminists should be vegan because of the way animal agriculture exploits female animals. However, rape analogies are not helpful when trying to build with feminist organizations. Especially since many people use such analogies for shock value. If these white vegan men cared so much about women’s rights there would be more women in key positions in vegan organizations. Instead, women’s bodies are a way to attract attention. Vegan and animal advocacy groups frequently use sexist ads.

A world in which vegans commit racism, sexism, homophobia, ableism, and other forms of discrimination and oppression isn’t a better world than one where non-vegans are the perpetrators. Even Trump was once challenged to go vegan, and I doubt that his policies would have changed if he had made that switch. White vegan men are capable of the same type of horrific things as their non-vegan counterparts.

What is an intersectional vegan? Someone who understands this quote by Alphonse de Lamartine: “You don’t have two hearts, one for humans, the other for animals… You either have a heart, or you don’t.”

Vegans and animal rights activists often use this quote to show that our empathy needs to extend to non-human animals. However, they often forget that the key here is that you either have a heart, or you don’t. If you only care about animal rights but don’t consider the rights of marginalized people you clearly don’t have a heart.

We don’t all have the time to dedicate ourselves to every cause in the world. And it’s perfectly fine if you focus on one thing. However, if you cannot support the other causes by direct action please don’t reinforce the oppression of marginalized groups.

Who Are Privileged White Vegan Men?

However, poor white vegan men are still far better off than poor people of color. And the amount of health food or vegan stores you will find in Black neighborhoods will be significantly lower. Access to vegan options is, therefore, proportionately lower to people of color.

The underrepresentation of vegans of color in vegan media outlets directly contributes to the belief that veganism is a white thing. The fact that there are hundreds of vegans of color who are very active but never receive a platform testifies to the fact that for the vegan movement to choose you as their poster child you better be white and male. Or, if you are a woman, you better fall into white standards of beauty. Because your physical beauty will then “help the cause.”

What Should the Vegan Community Do?

Where’s the relevance to veganism in all of this? Vegans need to understand that non-human animals are not the only ones that are suffering.

Veganism is becoming more and more consumerist which is antithetical to the fight against classism. What many vegans don’t realize is that the amount to which veganism has become a commodity will change very little. Even if the entire world population went vegan. Under capitalism, that would still mean that marginalized people would work to sustain the lifestyle of the dominant group. People of color would continue to have less access to food because rich white people would want more variety. Women would still face sexual exploitation (PETA do a great job of showing how much vegans love to objectify women). So with all that, what’s in it for the underprivileged people of the world if they go vegan?

It’s important to listen to the voices of vegans of color and learn from them, rather than trying to control “the movement.”

Intersectionality is not something for white men to hijack so they can appear like better people. It means stepping back and listening to those people who are dealing with oppression and discrimination. It’s not the time to appropriate the term intersectionality to make veganism more approachable. If the concern for other oppressed groups is not real it isn’t worth much. If you are only willing to support Black Lives Matter to convert black people to veganism you are being dishonest.

Analogies to rape, genocide, and slavery are appropriating the struggle of oppressed groups for white vegan men’s savior complex. These analogies send a very clear message to people from marginalized communities. “We will use your suffering to promote our own values. Because we live in a society where marketing is everything, and shocking images build a following. We don’t care about you or your struggles unless we can use them for our own goals.”

Whenever anyone criticizes this behavior people shut them down, accuse them of racism (!!!) and tell them not to divide vegans. But the real division comes from those who are sacrificing fellow humans for their own cause. Ironically, the same people who call meat eaters speciesists, care very little about members of their own species.