4 Days in Vienna: Discover the Beautiful City of Music 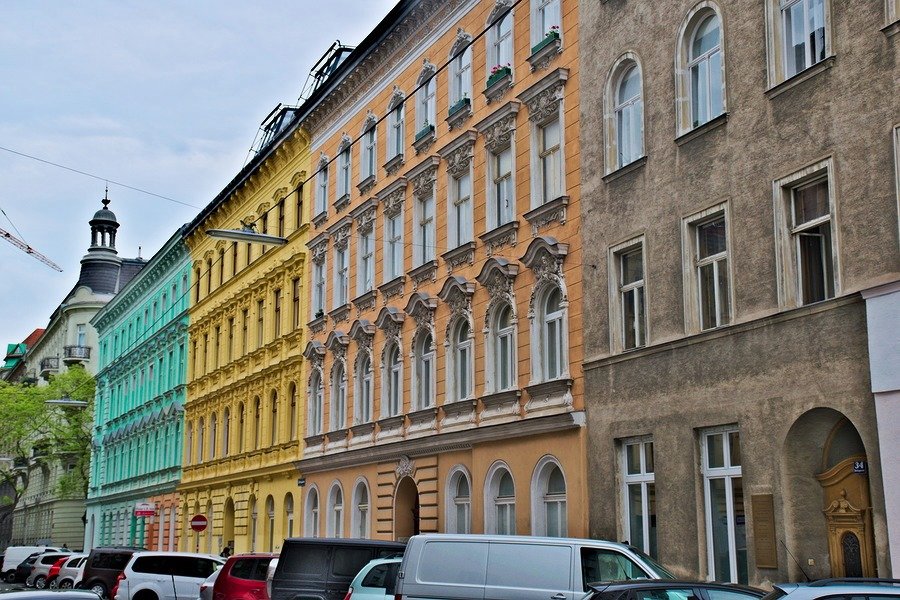 Have you ever asked yourself how many days in Vienna you would need for your first visit? The answer is: it depends. But don’t worry, I have some tips and suggestions for things to do in the City of Music after recently spending four days in Vienna.

Vienna, Austria is one of those cities I should have been to so much sooner. After all, I was born and raised in Germany, one of Austria’s neighboring countries. I’ve even been to the fourth-largest Austrian city, Salzburg.

But as you may know, sometimes it seems far more exciting to visit destinations that are a little further away. Who really wants to vacation in a place where people speak the same language (albeit, in a very different dialect)? Not me!

However, eventually, I wanted to visit this city about which I had heard so many good things.

Why I Spent Four Days in Vienna

Ever since my father died, I have made it my mission to spend his birthday in cities that remind me of him. My father was born in the Bulgarian city of Ruse, which lies on the Danube.

So last year, I went to Budapest, and this year I decided to go to Bratislava and Vienna. As these two cities are only an hour away by train, I thought I should go for a whole week and divide my time between them.

But if you wanted, you could stay in Vienna even longer and explore more of Austria or take a trip to Budapest. Vienna’s location also makes it possible to find cheaper flights. If flights to Vienna airport are too costly you can look into Bratislava airport which gets a lot of traffic from low-cost airlines.

How Many Days in Vienna Do You Need?

How many days in Vienna you need depends on many factors. Even though four days in Vienna may not be enough you can still get an overview of the city in that amount of time. In any case, you will probably not want to visit every single museum (which would definitely take you longer).

If you really want to see as many museums as possible you’re better off planning ahead to see how many days in Vienna you will need to fit in all the things you are most interested in. The weather will also influence how many days in Vienna will be sufficient for you. Because it was very rainy and cold when I was in Vienna I didn’t get to see as much as I had originally planned. For one, I couldn’t be outside that much with my spring clothes. But secondly, many other people also wanted to use this time to visit all the museums so they were quite full, and waiting hours at some sights were ridiculous.

Likewise you may want to spend more time outdoors when the weather is good. So how many days in Vienna will suffice for you really depends on what you can get done in how much time.

Obviously, there are a ton of things to do in Vienna (and the top things to see and do really depend on your own interests), but here are my suggestions for how to best spend a few days in the City of Music.

Innere Stadt (Inner City) is the Old Town of Vienna and the best place to get a feel for what Austria’s capital is all about. It’s the most important part of the city and a UNESCO World Heritage site. Depending on how many days in Vienna you have you could spend a lot of time in the old town.

This part of the city is easily walkable, and in fact, if you don’t walk, you will most likely miss out on some of the astonishing buildings. And while you may not have enough time to visit every single museum in Vienna, taking a stroll through the glamorous Old Town will definitely give you an idea of what Vienna was like in the Imperial days.

Enter One of the Historical Buildings

Again, it will not be possible to see all the sights in a few days, but try and pick at least one museum, as well as one of the palaces and churches. I do like to organize my trips a bit, but Vienna was actually quite overwhelming in terms of things to do and see. The best thing is to get some background information on the main sights and choose which one you want to see so you don’t miss your favorite. I was unlucky with the weather and people flooded the main sights which led me to skip some of them, like Schönbrunn Palace.

What I couldn’t miss, of course, was St. Stephen’s Cathedral, Vienna’s most recognizable landmark. It was named after St. Stephen who is considered by Christians to be the first martyr. This Gothic church is impressive with its gate and towers. There are guided tours available, but I went at the wrong time and had to leave the church due to service.

I also couldn’t miss the Hofburg palace which is full of museums. As it’s really not possible to see all of them, I chose the Imperial Apartments (which include the Imperial Silver Collection and the Sisi Museum) and the Imperial Treasury. Wandering around the different rooms and seeing all the splendor of a bygone era was exactly what I needed in the cold and rainy weather.

As someone who really appreciates beautiful architecture, Vienna didn’t disappoint. There are so many gorgeous buildings all over the city, and they are in such good condition. I am glad I got to enter some of them and see more of their history. However, even walking around, you will see so many gems. But if you want to see more buildings from the inside then that will influence how many days in Vienna you will need to schedule.

Viennese cuisine is famous for two things: pastry and Schnitzel. And because neither are traditionally vegan, I want to quickly assure you that you will not have to miss out as a vegan. I have a whole vegan Vienna guide to help you find the best spots! While a lot of the vegan food in Vienna falls in the junk food category, there are other options as well.

So how do you choose the best vegan food in Vienna? My full guide will help you with that. Two musts are Omas Backstube for the most amazing vegan cakes and pastries, and Loving Hut Neubau which offers a vegan Viennese Schnitzel. Omas Backstube was an absolute highlight of my trip with its traditional yet vegan Viennese specialties. And Loving Hut Neubau had the most amazing, multi-cultural atmosphere (and that Schnitzel was so tasty!).

Take a Walk by the Danube

As I wanted to go to Vienna to see the Danube, I made sure to go for a few walks along this river. It flows right through the center and gives life to the city. Don’t waste your money on a river or canal cruise. These cruises are never worth their money. It’s much better to simply walk along the canals yourself. You will even get to see some great street art along the way.

I was also really lucky: My Airbnb was very close to the Danube Island so walks by the river were easily doable for me. I really loved all the greenery and even saw some swans on the Danube.

I suppose if the weather had been better I would have enjoyed this aspect of Vienna even more. Nonetheless, it’s always nice to be in a big city and still have access to nature. I definitely don’t regret this.

Where to Stay for Four Days in Vienna

Which brings me to my next topic: where to stay if you spend four days in Vienna. While you may be tempted to stay right in the center, prices there are extremely high. And since public transport is extremely efficient at a decent price you can easily stay a bit further away. I stayed in Leopoldstadt, the 2nd District, which is only 20 minutes by metro from St. Stephen’s Cathedral. This is absolutely reasonable even if you only spend four days in Vienna. If you’re considering the fourth and fifth districts in Vienna, check out this detailed post on where to stay in Vienna written by locals.

Vienna is an extraordinary city, and I’m glad I finally got to visit. Although four days in Vienna is not nearly enough, it made for a nice introduction to the city. I hope to be back in the City of Music soon.

Have you been to Austria? How many days in Vienna do you consider sufficient for a first visit?