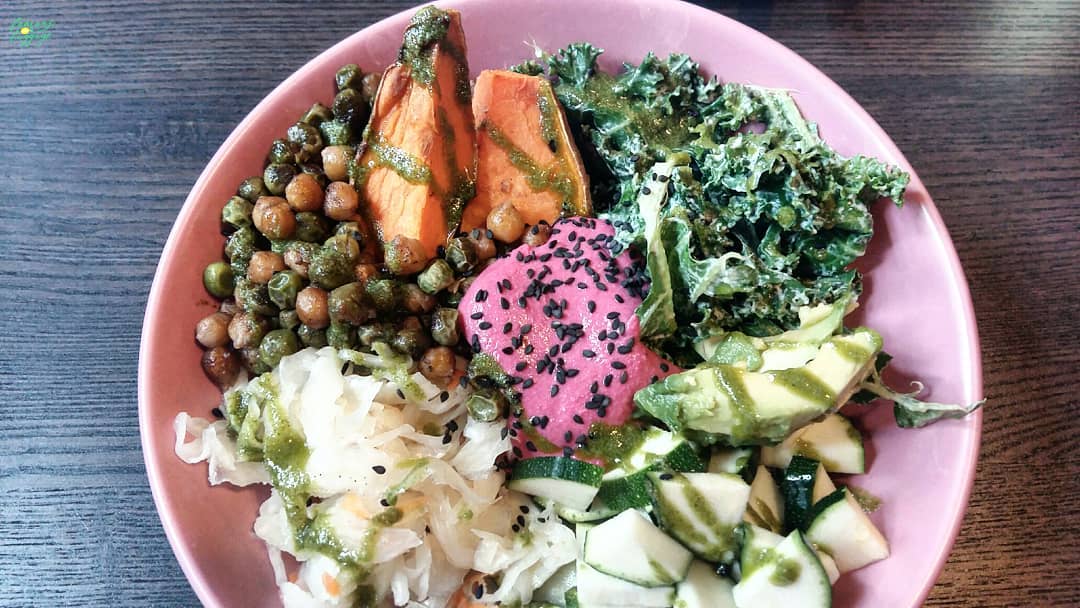 Traveling as a vegan can be more or less difficult depending on the destination. Some places will feel like vegan paradise, while others will test your patience. Here’s a list of exceptions vegan travelers may have to make.

Subtle Exceptions Vegan Travelers May Have to Make

It’s usually fairly easy not to eat animal products if you cook your own food. The easiest way to do this is to eat plant-based whole foods. However, including ready-made foods such as sauces or other processed foods complicates things. You have to check the ingredient list, and it’s surprising how many products contain milk or other animal products. The thing is that when you are traveling you might not understand the ingredient list. While I personally would stay away from products that might not be vegan, you might buy something that appears to be vegan without being 100% sure.

2. Being Offered Food That May Not Be Vegan

When we were on our desert tour in Jordan, our guide Ali offered us some cookies. We tried to politely decline, to no avail. Then we explained exactly which ingredients we don’t eat. Ali didn’t really get the concept but told us the cookies didn’t contain those ingredients. So we ate one cookie each. Do we know for sure if those cookies were vegan? No, of course not. But we didn’t knowingly eat a non-vegan cookie either. Would I do this with food that I was sure was not vegan? No, absolutely not. But if I don’t know for sure it seems a bit rude to insist on declining.

We didn’t have access to a kitchen in Jordan, and there wasn’t really an abundance of vegan dishes available at restaurants. One restaurant brought Alfonso a meal that actually contained meat. We sent it back, but it still came back with a piece of meat. So Alfonso ate the meal except for the meat. Clearly, the dish wasn’t actually vegan, but there also wasn’t a way to turn it vegan anymore. After we complained we didn’t have to pay for the dish, but it still wasn’t a great experience.

I fully understand that some people wouldn’t have touched the meal at all, but we didn’t feel that there was much of an alternative. Restaurants will mess up your orders and what you can do about it depends on whether or not you speak the language and what the general understanding of veganism is in the country. This will lead to exceptions vegan travelers might have to make by eating something that might not be 100% vegan.

Personally, I wouldn’t make exceptions when it comes to materials like wool, leather, or silk. The thing is that again there are often hidden animal products, for example the glue in shoes. Even the seller might not know. Animal-derived ingredients are in so many things. If you find out that the pair of non-leather shoes you bought on your last trip doesn’t use vegan glue that doesn’t make you a bad vegan.

When I was in Brussels I needed to try the fries. When I came back and did some research on fries in Belgium I found out that they are usually fried in animal fat (as opposed to fries in the Netherlands). It’s always a good idea to do research before your trip, but some things might simply not come up and you will accidentally eat something non-vegan.

Alcohol is a category where this is fairly common. Many vegans don’t even know that there are many wines and beers that are not vegan. But most of them don’t have a label that clearly indicates this so it might be difficult to tell. It’s good to do your research, but if you forget about it sometimes, that’s totally understandable.

Overall, I prefer going to entirely vegan restaurants. I usually only try non-vegan ones when necessary or in a country where the general population understands veganism. But this isn’t always possible, exceptions vegan travelers might have to make. In most of these cases, it would be accidental, other times you might be aware but won’t have any other option. Just know that doing your best is what matters most.