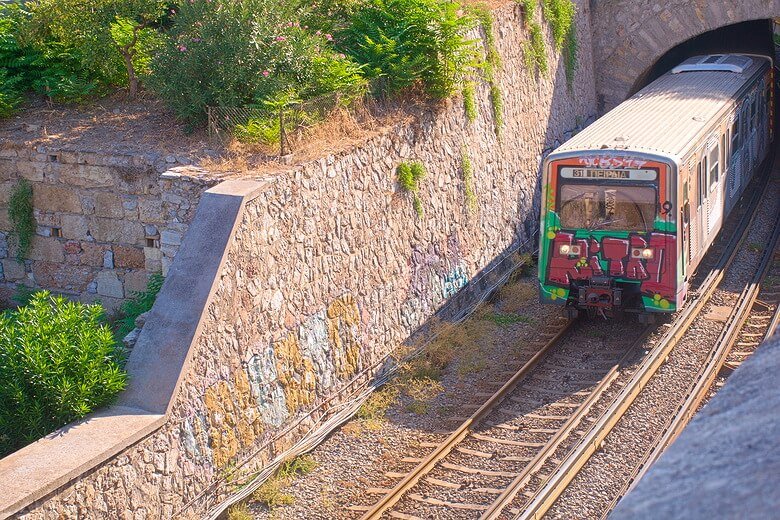 Well, what else can I say: This week I’m finally leaving Greece, but I’m kind of nervous.

I’m super excited about moving to Amsterdam! And despite sticking around in Greece for seven years it has never really felt like home.

I initially moved here in 2014 to get out of Hamburg, then stuck around because I met Alfonso, but I’ve been wanting to leave for the longest time.

All in all, I spent about seven years in Greece and experienced a lot during that time. I never actually expected to stay here that long, but in the end, I believe it has led me on a clearer path than before.

Why don’t I like Greece that much? Well, it’s a popular destination so tourists are welcome, but immigrants really aren’t: A lot is done to accommodate tourists and make them feel welcome here, but when you’re not part of that group then things look a lot different.

It’s not easy to meet people in Greece, and the events that are on aren’t that exciting either. In general, Greeks are not very open-minded to different groups of people, be they foreigners, people from other religious backgrounds, or sexual minorities. Trying to find good restaurants that offer non-Greek cuisine is nearly impossible, and even then you will find few Greeks trying them. The result is that many foreigners hang out with other foreigners and do their own thing.

And despite the fact that I thought it would be easy to head to the beach every weekend the reality is that if you don’t drive you’re mostly going to go to the sea when you’re on vacation (as if you weren’t living in Greece in the first place). During the summer it’s also mostly too hot to be outside so you’ll be stuck indoors with your A/C on, and if you don’t have A/C you’ll really suffer. That said, those are the very things that can help you re-evaluate your life. Because now that I realize how important certain things are to me I know what kind of city is a better choice for me.

Since I’m generally very open to changes I’m actually a bit surprised that I’m nervous about this move. Maybe it’s simply a financial thing – after all, Amsterdam is going to be quite expensive.

But I’m the kind of person that looks forward to the good things that will come. We’re packing our most important belongings, and I closed my Greek bank account. I already look forward to reconnecting with a friend from university who will likely be visiting in September or October. Plus I’m super excited about all the vegan food I’ll get to try in Amsterdam and the possibility of seeing my family again: Hamburg is merely a train ride away, plus I have two aunts in Den Bosch and Rotterdam (cousins of my dad’s).

Changes are usually exciting, and maybe this time I’m only nervous because it’s something I’d been wanting to happen for a long time.

The pandemic drew out the process much longer than I would have liked, but I think I’m ready despite feeling nervous.

When was the last time a big change occurred in your life?