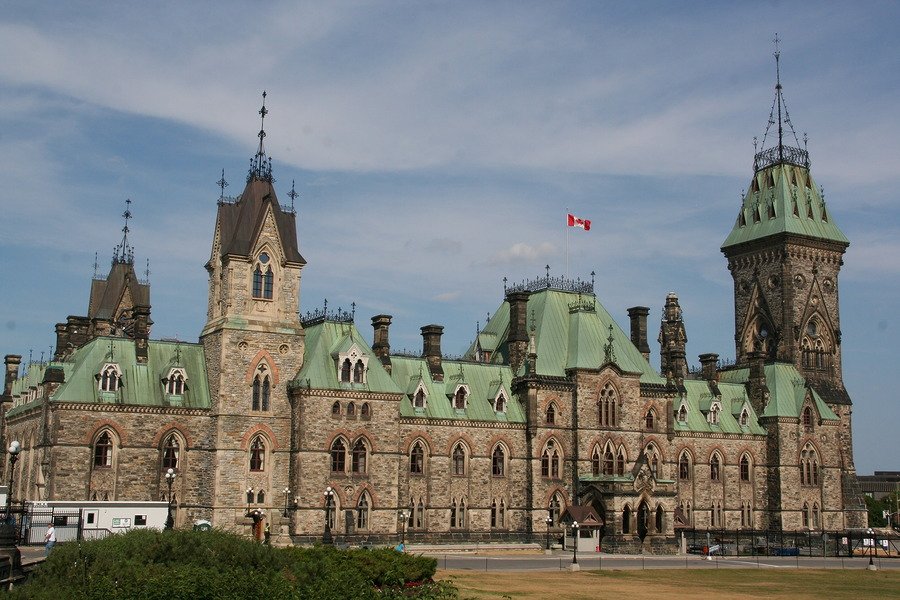 So before I talk about my day trip to Ottawa from Montreal, let me be honest: When I lived in Montreal I didn’t manage to see nearly enough of the rest of Canada. Coming from Germany, a country where tuition is free, I had to spend all my savings on tuition. (And I still had to take out a loan, mind you.) So all the trips other international students went on weren’t really affordable to me. But I managed to see two Canadian cities in the end: I took a trip to Ottawa and to Toronto, plus Boston in the US.

Yes, I would have loved to go to New York City or Quebec City like some of my friends. But to be honest, I’m glad I got to travel at all. Because in the second-largest country in the world travel isn’t as easy as over here in Europe. So I gladly explored what I could and hope to go back one day and see more of beautiful Canada.

So now let me tell you a bit more about my trip to Ottawa (Canada’s small capital city).

We actually decided to stop by in Ottawa on the way to Toronto, Canada’s biggest and probably most well-known city. Ottawa, Ontario’s second-largest city, is a popular destination because it is home to the Canadian parliament. (Though I will say that it’s probably a lot more interesting for Canadian visitors than foreigners.)

By bus, you can reach Ottawa from Montreal within two to three hours. Because Ottawa isn’t very big it’s quite easy to explore the city on foot. But keep in mind that I was there in the warm month of June, and it can get really cold if you go in the winter. As long as you dress well that shouldn’t keep you from strolling through Canada’s capital, though. The pedestrian areas are definitely one of the most pleasant things you will encounter on your trip to Ottawa. Due to the popularity of free and paid walking tours in big cities, this is an excellent way to get an overview of the city.

Parliament Hill will most likely be the first place you will want to visit. There are tours in English and French every day, but even if you only want to see the building from outside it’s quite impressive.

As I said before, a walking tour would be a great way to get to know the city a bit better. It’s always nice to have a local explain things that you might otherwise miss. And in terms of walking tours in Ottawa, there is something for every taste: historical tours, graffiti tours, haunted tours, you name it.

As far as food goes, I can say that although I was vegetarian when I was in Ottawa, a quick search on Happy Cow revealed that there are nine fully vegan eateries in Ottawa. And there are even two vegan bakeries and a vegan food truck so you won’t have to worry about vegan food options in Ottawa!

But I want to be honest: Ottawa certainly wasn’t the most amazing city I’ve ever visited. But I felt that because I lived in Canada I should at least go to the capital once and see the Canadian parliament building.

Have you ever been to Canada? What is your favorite Canadian city? And do you travel enough in the country you live in or do you sometimes feel you focus too much on international travel?