The Awkward Absence of Muslims in Travel Blogging and Media 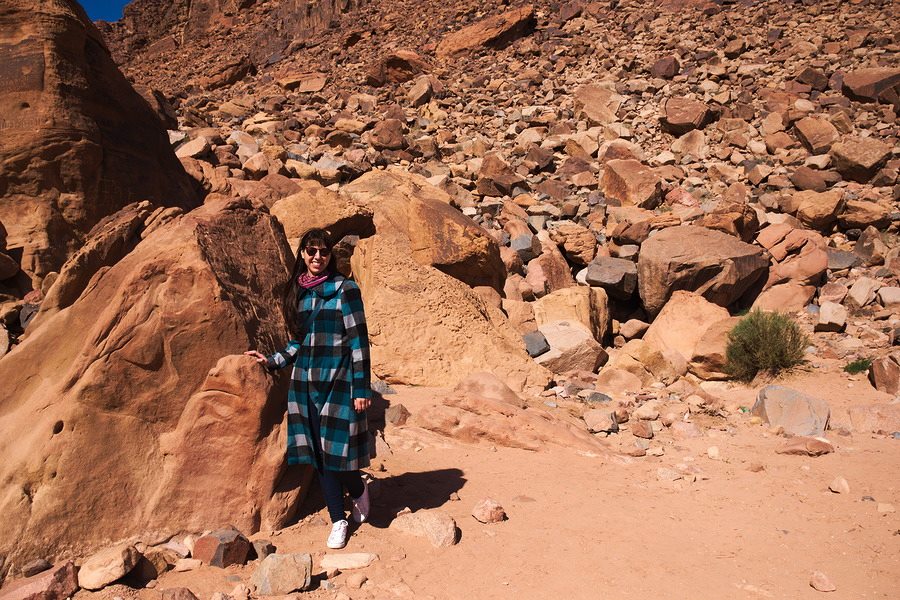 This year has been tough for the travel industry. The ongoing pandemic has led to several travel bans, numerous called-off trips, as well as the cancellation of industry events. But perhaps this moment is also a chance to analyze the state of the travel industry, specifically its lack of diversity, and even more precisely the absence of Muslims in travel media.

Because despite the fact that the travel industry should in theory be particularly open-minded and diverse it has a lot of catching up to do. It seems that the default is still Westerners who travel to “exotic” locations with advertisers catering to them and companies preferring to work with people who fit a certain demographic.

As a Muslim woman who was born and raised in Western Europe and has lived in North America and Southeast Europe, I’m aware that most of the money in the travel industry is generated by Western Europeans, North Americans, and East Asians (which makes you wonder about the lack of representation of East Asians as well!) – none of which have large Muslim populations. But that doesn’t justify the complete lack of Muslims in mainstream travel media. The Black Travel Alliance is currently working hard to increase the representation of Black people in the industry, but I haven’t seen anyone discussing the absence of Muslims in travel media.

Of course, there is a growing “halal” tourism market geared towards religious Muslims who want to stay at hotels that serve halal food and are gender-segregated. This sector is completely separate from the regular travel industry, however, and it makes sense that people from the halal tourism sector are not represented outside of this subcategory. But not all Muslims are particularly religious and care about a hotel’s alcohol policy.

It’s these secular Muslim travelers that I don’t see being represented in travel media. For example, going through the speaker lists of the last four years of TBEX conferences I only saw three people of Muslim heritage (I generally kept seeing the same names year after year which is a whole different topic). Going through several posts of “top travel bloggers” I also only found two Muslims.

The absence of Muslims in travel media becomes even more awkward when you consider that we have been traveling for centuries. Ibn Battuta was one of the most well-traveled scholars of the post-classical era and one of the pioneers of travel literature. So we’ve been writing about travel for centuries, and yet, contemporary Muslim travel writers are often ignored.

And while many of us may not carry our Muslim identity on our sleeves we may encounter discrimination based on our names, citizenship, and/or what we look like making travel a bit different for us than for many other people.

Muslim travelers have a lot to contribute to travel media. In the post-9/11 world that includes stories about “flying while Muslim” and knowing your rights as a passenger. But that certainly isn’t everything we can or even want to write about.

So what’s with the absence of Muslims in travel media and blogging? Why does nobody care about what we have to say about our travel experiences? Isn’t the point of view of people from other backgrounds exactly what makes travel so interesting? Are media outlets worried that nobody will care about our stories? Or do we simply not exist outside of the narrative of very devout people who wouldn’t participate in regular travel experiences?

The halal tourism sector alone is generating more than $100 billion per year so I can’t imagine how much money non-religious Muslims are spending on travel. And yet we remain somewhere out of sight: not religious enough to be interesting to halal travel companies, but too Muslim to be of interest to European or American brands.

The lack of Muslims in the travel industry makes me question if the industry is really trying to become more diverse as it often claims. Frankly, these declarations usually appear to be nothing more than a marketing tool.

Because it seems that diversity in the travel industry means putting the photo of one light-skinned Black woman on a brochure, and that’s it.

Until that is the case I remain skeptical as to whether mainstream travel media is really trying to become more diverse.

Despite the recent decline in tourism, Muslim travelers are sharing their stories in the form of travel blogs. Non-Muslim platforms have been slow to catch on and amplify our voices in the travel space. But luckily, the absence of Muslims in travel’s mainstream media outlets is counteracted by social media. Travel blogger and content creator Fatima al-Mattar has more than 150.000 followers on Instagram where she shares her beautiful photos with the world (she also plans travel experiences for you with her company Hello Explorer).

And Nadya @thefierce_nay is showcasing breathtaking outfits all over the world. With such a stunning feed it’s no wonder that she has more than 200.000 followers, but it would be nice to see these and similar accounts mentioned in round-ups of the best travel accounts to follow. Personally, I will continue to try to provide travel info from the perspective of a secular Muslim because despite my small audience I hope I can show people that not all Muslims fit the stereotype that we see in the media.

And while people may be confused why the Muslim label is so important to me despite my progressive and secular stance, I believe that until Muslims are seen like anyone else it does matter. Because if only religious (or even extremist) Muslims are even seen as Muslims (within Muslim communities but also outside) this supports the narrative that all Muslims hold the same views, have the same interests, do the same things, and ultimately, might all be a threat. The truth is that Muslims are as diverse as other groups, and we do participate in regular travel experiences outside of the halal tourism industry.

I for one would like to see more representation that goes beyond the obvious aspects of diversity. It’s easy to follow trends, but it says a lot more about a brand if they go beyond what is expected. Is anyone in the travel industry willing to do that?

Have you noticed the absence of Muslims in travel’s mainstream media outlets? Do you agree that real diversity should go beyond the obvious, or am I nit-picking?